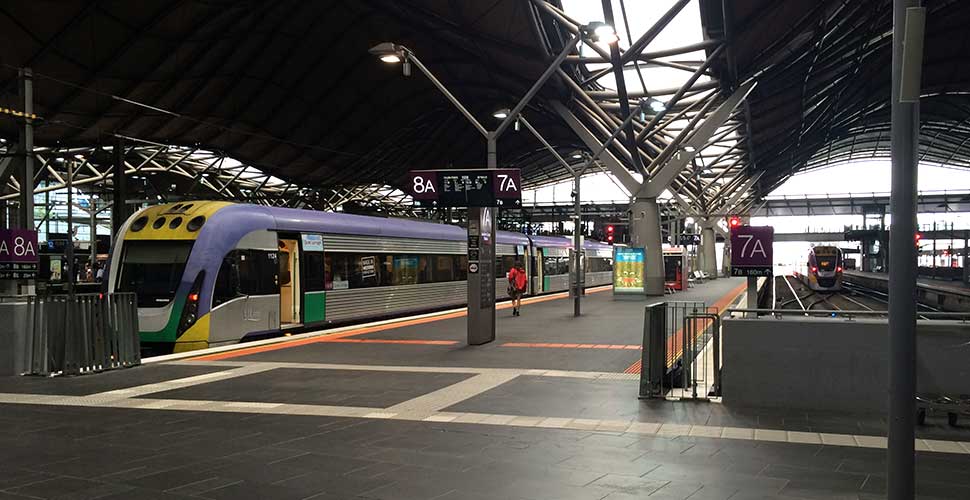 V/Line trains and coaches in Victoria are free from Saturday 23 January until Sunday 7 February 2016.

This is a brilliant deal. It is essentially a free rail pass for everyone, and it is an especially good deal considering that travel on V/Line trains and coaches is not included on any rail pass.

You don’t need a ticket. You simply show up at a station and hop on a train. The only catch is that free travel is valid this week only.

The two weeks of free train travel is compensation for issues that V/Line customers had recently experienced on some services. During the last couple of weeks V/Line customers travelling on the Bendigo, Seymour and Traralgon lines have had to travel on suburban Metro trains to the end of the line before transferring to a V/Line train to complete the rest of their journey. This is because some V/Line trains travelling on lines where the track is shared with Metro trains have experienced issues with the boomgates on level crossings. Normally the boom gates on level crossings would automatically trigger where a train passes by, however there is an issue with VLocity trains (the newest and most common train in V/Line’s fleet) not triggering the sensor on some level crossings.

V/Line trains on the Ballarat and Geelong lines were not affected as they run on their own dedicated tracks. Trains on the Bendigo, Seymour and Traralgon lines running to destinations beyond Bendigo, Seymour and Traralgon (including trains to Albury, Bairnsdale, Echuca, Shepparton and Swan Hill) are not affected either, as these services operate using older trains.

When this free travel offer was originally announced, some media outlets reported free travel for all Victorians. However, I have checked with V/Line and the free travel is available to everyone including visitors from abroad and interstate. One of the V/Line VLocity trains at the centre of the current issues relating to rail travel in Victoria. During the free travel period (23 January–7 February 2016) there is no need to queue up at a ticket counter to buy your ticket.